Even if you're not scared of spiders, they pose a hygiene risk that you don't want around your home. The bad news is that spiders are so common they're almost impossible to get rid of - unless you pick up some of our super-effective spider repellent! 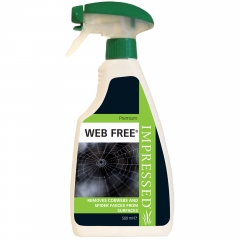 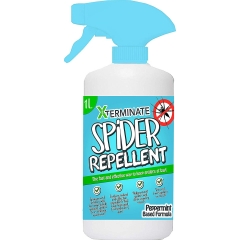 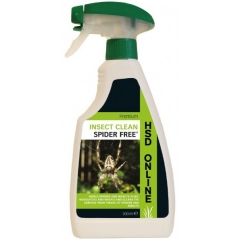 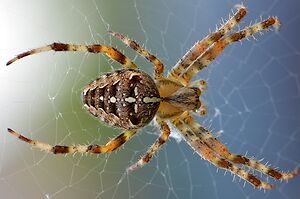 The UK is home to almost 700 species of spider, and while none of them is aggressive or venomous enough to kill, they’ve still built a fearsome reputation for themselves. In fact, spiders are by far the most feared pest that we deal with! This alone is a good reason to get rid of them, as chances are someone who visits your home or business may well be terrified of them. That’s not the only reason, though; spiders also pose a serious hygiene risk, especially in the kitchen.

Getting Rid of Spiders

It’s not advisable to kill spiders. They play an important role in keeping other, more dangerous pests away, and squashing them simply smears bacteria around your home. However, you’ll still want to clear them out of sight so they aren’t causing issues around the place. That means you’ll need some spider repellent. There are two kinds of spider repellent – repellent spray and mechanical spider repellent. 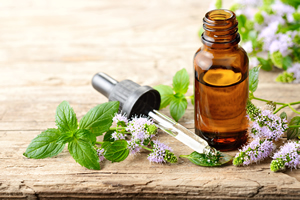 Regular spider repellent is simply a liquid spray that contains a fragrance that deters spiders. Usually, this means they contain peppermint oil. It’s unclear why spiders hate peppermint oil so much. One potential reason is that spiders can smell and taste with their sensitive leg hairs, and walking through something as smelly as peppermint is overwhelming for them. There is some evidence that peppermint oil is actually slightly poisonous to spiders, so they naturally avoid it the same way we’d naturally avoid rotten food.

Whatever the reason, the good news is that it really works. In addition, our spider repellent spray is specially formulated to be a clear, non-staining liquid that only has a faint peppermint smell. While this scent seems to quickly disappear, in reality, it’s just undetectable by our sense of smell – it’ll still deter spiders from any room it’s sprayed in for up to 3 months. 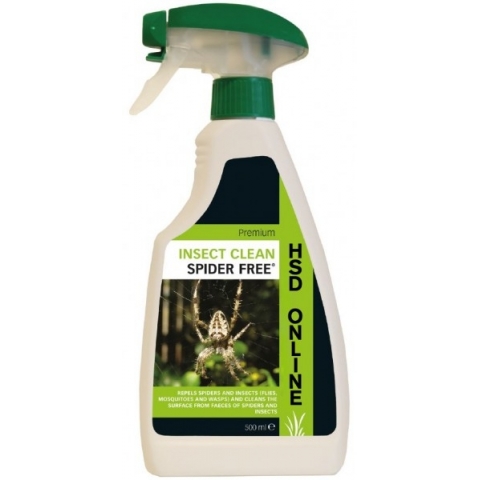 Mechanical spider repellent uses the spiders’ famed climbing ability against them to create an impassable barrier that they can’t cross. It works so well because of the way spiders climb – many people assume they can climb walls because they have some sticky web-like substance on their feet, but this isn’t true. In fact, spider legs are covered in roughly half a million tiny hairs, with each hair acting as a sort of climbing hook that can grip onto the tiniest gap (which is why spiders struggle to climb perfectly smooth surfaces like a bathtub).

Mechanical spider repellent is a spray that’s invisible, odour-free, and non-sticky. When you spray it on a surface and leave it to dry, it creates a coating that’s covered in microscopic bumps and holes. This means the spider has too many different footholds to climb over, meaning they get stuck. It makes the spider move like it’s walking through treacle – think of the way you have to slow your car down when driving over a really uneven road. Eventually, the spider will be exhausted and will simply move elsewhere.

Spray it around doorways, windows, and cracks in walls and flooring to create a super-effective barrier that keeps spiders out of your home for up to 6 months. When combined with regular spider repellent, it can clear rooms of spiders and completely stop them from returning.

Spiders can wreak havoc with security systems. They can make CCTV footage useless by building a web over the camera lens and trigger alarms by crawling over motion sensors. If your home or business has a burglar alarm or a security camera, you’ll want a bottle of mechanical spider repellent to hand. You can spray it around your security system to prevent any spiders from getting near it, meaning you don’t have to worry about any false alarms!

Other Ways to Prevent Spiders

Using a combination of both spider repellents is the best way to get rid of spiders, but there a few other things you can do to keep them at bay.

Keep Your Home and Garden Clean 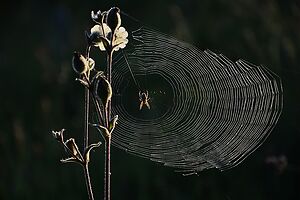 Spiders aren’t attracted to dirt, but the things they prey on are. If you keep your home clean and your garden well-maintained, you won’t attract flies and other pests, and they won’t attract hungry spiders!

Spiders are always on the lookout for a sheltered spot to build a web. That means cluttered rooms are perfect for them as it gives them lots of spaces to hide. Try to keep your stuff neatly packed away in sealed boxes away from your living areas.

Spiders will always manage to find a way into your home, but you should still try and make it as tricky as possible for them. Check walls, skirting boards, and floorboards for any potential entries into a room and plug them however you can. 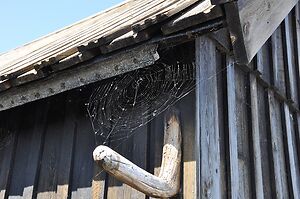 At the end of summer, you’ll notice a lot more spiders making their way inside your home. This signifies the beginning of spider season, and it’s every arachnophobe’s worst nightmare! What we call spider season is actually their mating season when spiders look for somewhere warm and dry to build a nest. This means they find their way into sheds, garages, and homes far more often, so we tend to spot more of them.

This means you’ll need to be extra careful around the end of summer if you want to get rid of spiders, especially if you live in a rural area. You may want to stock up on spider repellent before spider season begins and don’t forget to check your home for any cracks that they could use to enter your home.

Spider Species to Watch Out For

Spiders aren’t quite the fearsome monsters they’re made out to be. They’re not aggressive towards humans and, while all spiders can bite if they feel threatened, most don’t have sharp enough fangs to pierce human skin. Even then, the venom they inject will usually not cause anything other than a slight sting. However, there are a few species in the UK that have a particularly nasty bite. Be on the lookout for these spiders and use extra caution when dealing with them. 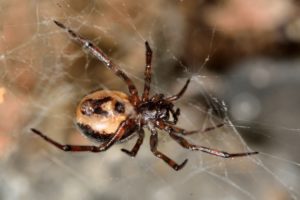 The infamous false widow makes headlines every year as the most venomous spider in the UK. Despite what you may have heard, their venom isn’t strong enough to kill a person, but that doesn’t mean you should take them lightly! A false widow bite will cause agonising pain and may result in a blistered, open wound that can get infected if you don’t keep it clean. Their venom can also cause dizziness, nausea, and fever.

False widows are identifiable by their intimidating skull-shaped markings, which are usually a brownish-yellow colour. They’re more common in the south of England, but rising temperatures across the UK have enabled them to spread across the country in recent years. 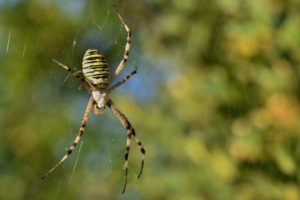 Wasp spiders only arrived in the country around 15 years ago. They prefer warmer climates and are exclusively found in the south of England. They have a fairly painful bite that causes a stinging pain. After a short time, this pain migrates towards the groin – this is uncomfortable but it fades quickly and doesn’t cause any lasting effects!

As you might expect, you can identify a wasp spider by its vivid yellow and black markings. These stripy markings both discourage predators and attract prey by reflecting UV rays in the same way that flower petals do!

Mouse spiders are very common across the UK. They take their name from the greyish-brown hairs that cover their body which makes them look like they’re covered in mouse fur. They’re rarely seen outside of spider season as they tend to live in underground burrows, but will move indoors come autumn-time.

Mouse spiders have a particularly nasty bite that can easily cause a blister to form. This blister can get infected very easily, so make sure you keep the area clean and dressed if you’re bitten.

The walnut orb-weaver is one of the most venomous spiders in the country. They’re also very common and, as they come out of hiding to weave a new web every night, they’re regularly seen in people’s houses. A bite from one of these spiders will cause a burning sensation and a numb, tingly feeling around the bite. Depending on where they bite you, you might need a day off work to rest and recover, but there shouldn’t be any lasting effects.

Walnut Orb-Weavers have very distinctive mottled brown and black markings. They have round, bumpy abdomens (which is where they get their name) and are quite small – around 16mm in size. This means they can easily hide inside footwear and can often bite their unsuspecting victim when they go to put their shoes on.