Ants can cause problems anytime, anywhere. They can invade homes and businesses seemingly out of nowhere, so it's always a good idea to be prepared! Ants are tough but predictable, so understanding their behaviour will help you apply your pest control products more efficiently, getting rid of ants much more quickly. 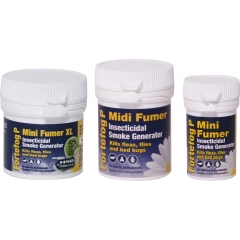 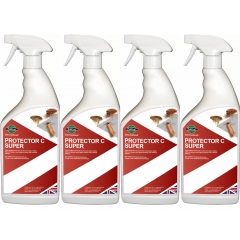 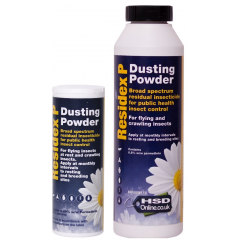 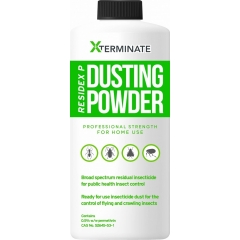 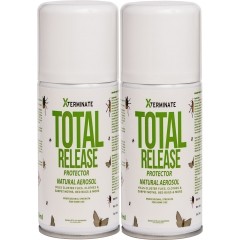 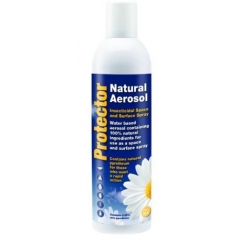 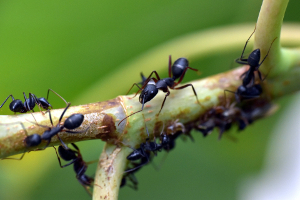 Ants are tough creatures that can be found on every continent except Antarctica. They can thrive almost anywhere and are a marvel of evolution; in fact, ants are so successful that there are estimated to be around 22,000 species of ant on the planet, with over 30 of those species being found here in the UK. This should tell you something about these tiny insects: they’re hard to get rid of! That’s not to say it’s impossible, and once you understand a bit more about how ants work, it becomes a lot easier.

Ant behaviour is complicated but predictable. This means that understanding how they work is a big part of getting rid of any infestations as quickly as possible.

Ants live in colonies with one queen (some ant colonies have multiple queens, although these are rare in the UK). The queen doesn’t control the other ants, but they do live to serve her, and will constantly go on expeditions to find food to bring back to her nest. In return, the queen lays eggs to grow the colony.

However, just because the queen is dead doesn’t necessarily mean the colony is finished. Some species of ants can become laying workers, meaning the worker ants will start laying eggs if the queen is killed. Other species may try to join up with nearby colonies, creating what’s known as a supercolony! Even if neither of these things happens, the ants will still continue on with their routine for a while even after the queen is dead as the colony gradually dies off. This means leaving an infestation to die off on its own is never a good idea!

Every summer, when conditions are warm and dry, the UK experiences what’s known as ‘flying ant day’. This strange event marks the beginning of their mating season when millions of flying ants leave their colonies at the same time to find a mate. After mating, the winged male ants will die, while the queen snaps off her own wings and looks for a suitable spot to start up a new colony. This is why those giant swarms of ants seem to disappear as quickly as they appear!

It’s important to know this as it means there’ll be thousands of new ant colonies popping up in July and August! These colonies will all be looking for a source of food, so make sure you don’t leave any out in your kitchen (especially sweet foods) and dispose of food waste properly.

The Search for Food

First, the colony sends out scouts to find food. Their small bodies and strong jaws mean they can overcome almost any obstacle on their mission! This means they can easily find their way into homes even if you take great care to seal any cracks. As you might expect, they’re commonly drawn to kitchens and bin stores where we keep food and food waste. When they find something, they’ll return to the colony and leave a pheromone trail for the other ants to follow. Ants now have a map that leads them directly to the food!

After this, the ants will leave in massive numbers, following the trail left by the scout. They move in single file and will follow the trail to and from the nest, taking bits of food back to the queen. In some cases, ants can break away from the trail to scout new food sources, but this is quite rare. This routine is very predictable, meaning you can use it against them to wipe out a problem colony of ants.

Ants don’t have to break into your home to be a problem – they can make a mess of your garden, too! They don’t directly destroy plants, but they encourage other pests that do. Some species are known to farm like aphids (destructive garden pests that feed on plants) as a source of food – aphids produce a sweet substance called honeydew which ants love. They’ll even protect the aphids from predators to make sure they always have a steady supply of honeydew! If you notice ants gathering around particular plants in your garden, have a closer look – there could be a swarm of aphids close by.

Preventing Ants from Entering Your Home

If an ant wants to get into your home, it’s pretty much impossible to stop them. However, what you can do is to make your home so unappealing to them that they don’t even bother! Keep your home hygienic, especially in the kitchen. Dispose of food waste properly and make sure to sweep up any crumbs as quickly as you can.

Ants are more of a problem in workplaces, where keeping kitchen areas and bin stores tidy is more difficult. You can do your bit at work by cleaning up after yourself in the kitchen and ensuring your bins are emptied regularly – especially on hot days.

How to Get Rid of Ants

To get rid of ants, you need to make sure you remove the insects themselves, their trails, and the queen. That means you’ll need several methods of attack to take back your home from these pests! We advise using a combination of these products to make sure you don’t miss any ants in your home or in their colony. Don’t rely on one method – if you miss any ants, you only open yourself up to the risk of the infestation coming back in the future.

Our super-effective dusting powder should be spread along ant trails, as well as around any cupboards, skirting boards, door frames, and any other potential entrance to your home. It kills any ants who come into contact with it, disrupting their march and allowing you to clean up the invisible pheromone trail.

You can also use trigger sprays to cover areas where the powder isn’t suitable (for example on walls). Again, it’ll wipe out any bugs that come into contact with it and will disrupt the trail.

For really severe indoor infestations, it might not be practical to go around dusting and spraying every surface. In these cases, you’ll want to use a smoke bomb to take out all of the ants at once. Our fumers offer unbeatable coverage, meaning the ant-killing smoke will spread into every nook and cranny of your room.